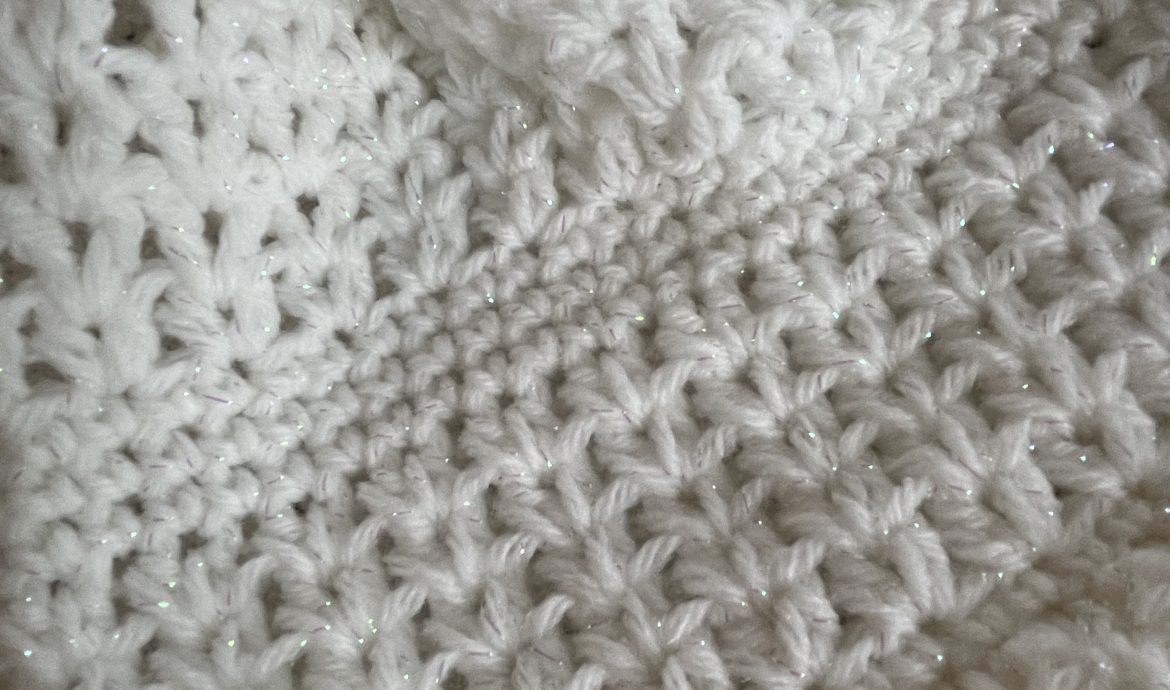 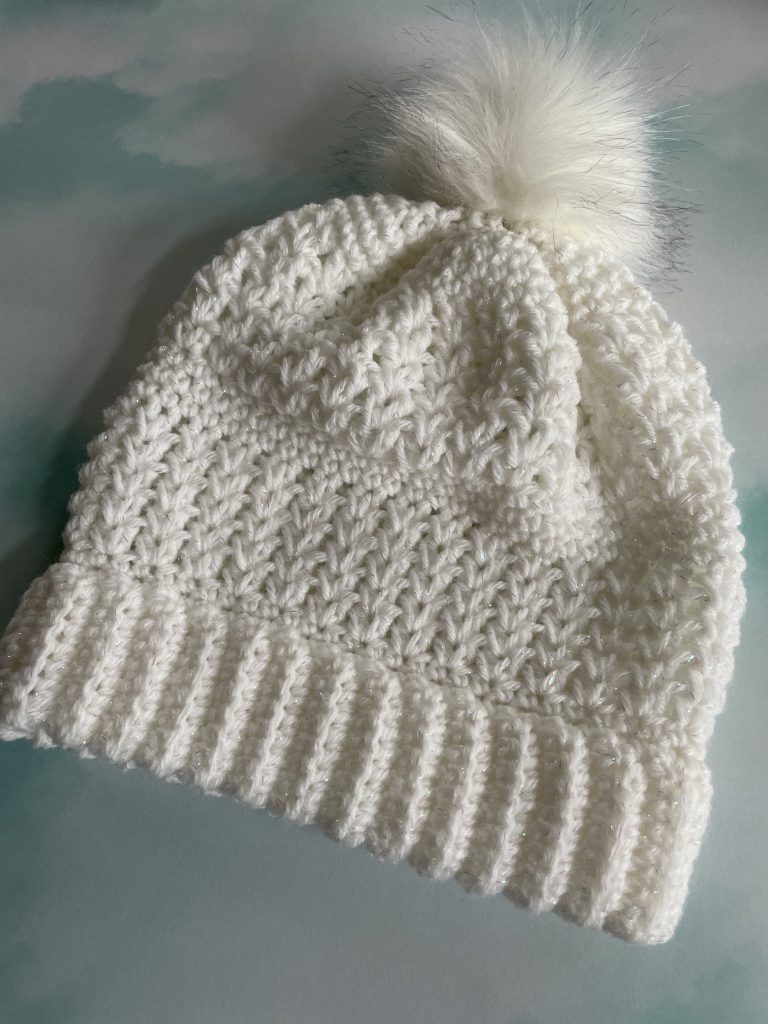 This Crochet Cancer Challenge was started 7 years ago by Christine Naugle at theSweetPotato3.com blog.  It was in honor of one of her beloved relatives who died from cancer in 2014.  She has continued to organize and run the Challenge ever since.  This year’s Crochet Cancer Challenge runs from October 1st to October 31st, 2021.  Each day during the month of October, at least one designer and her design (sometimes more) will be featured.  The pattern of the day will be free with the Coupon Code (you must go to SweetPotato3.com to get it) for that day and many will continue to be free until the end of October!

The way the Challenge works is that different crochet pattern designers create a new beanie design and offer the pattern for free for at least 1 day.  Many offer their pattern for more than one day….some until October 31 or beyond.  If you choose to download the free pattern, you are pledging to make at least one hat of that pattern and donate it to a cancer patient or cancer unit.  Each designer will track how many of her patterns are downloaded and at the end of the Challenge, Christine will total the number of downloads and announce how many hats will be donated.  Such a worthwhile project that brings a little bit of joy to the cancer patients and to those who create and donate the hats!  I love being a part of this project.  I hope you will join us!!

My contribution this year is a beanie I call “Hope” Beanie.  And, it will be featured on October 9th, 2021.  With the Coupon Code, it will be available for free on Ravelry.  It is a “One Size Fits Most Women” design.  I recommend it for an Advanced Beginner or Intermediate Crocheter.  The “Hope” Beanie is made with white yarn which is the color that represents lung cancer.  Lung Cancer is the horrible disease that took my beloved Dad’s life.  Here is the story of his cancer journey.

I chose to make this hat design and use a white yarn to honor my dad.  It is a woman’s hat but I still wanted to honor my dad.  His name was Larry Schoenmann and lived in a small town in Wisconsin.  He was a wonderful, smart, energetic, compassionate and so friendly man!!  He was an on-the-road salesman and was so good at his job.  His customers loved him so much!!  He was the father of 5 of us and loved us so much!  He was so well versed on so many subjects and shared his knowledge freely about hunting, astronomy, chemistry, the military and so much more!

His cancer story began in the winter of 1998.  He had a severe cold over the Christmas holidays and his cough just wouldn’t go away.  So the doctors prescribed various medicines but finally in the early spring, they did various scans and found him to have lesions on his lung.  It was just on one lung so that was some good news amidst the devastating report.  After more scans and biopsies it was found to be lung cancer.  The recommended way to deal with it was to surgically remove a portion of the lung.  So that was done.  Half of his lung was removed.  The surgery went well and no chemo or radiation was recommended.  Just regular check-ups every 6 months were set up.

Everything seemed fine for about a year but at one of those 6 month check-ups, what was originally thought to be scar tissue….was not.  It was the cancer that came back.  Again, we were devastated and took him to numerous doctors for multiple medical opinions to see what our options were next.  Some doctors recommended surgery again and others said that was too risky.  But, all recommended radiation and chemo.  So he did all of that and all of the expected awful side effects kicked.in. We all know what those are, so I won’t list them here.  Suffice it to say that he endured so much pain and suffering for a year or more.

But, in the end, the cancer continued to spread and eventually took over much of his lungs and spread to his bones.

He was so brave and so strong….but, in December of 2001 we lost him.  We all miss him so much.  I can’t believe it has been 20 years since I’ve seen his beautiful, ever-present smile and heard his strong voice.

So, in honor of him and those who have died or continue to suffer with lung cancer, I have created my “Hope” Beanie.  I hope you like it and create one or more for those that you know and love or for others fighting this horrible disease of lung  cancer.

To find out all of the information about the Crochet Cancer Challenge, be sure to click HERE.  There you will find the designer(s) and pattern(s) of the day and the Coupon Codes to use to get your free patterns.

(I just wanted to let you know that this post contains “affiliate links”.  That means that if you click through and make a purchase from any of those links, I will get a small percentage of the sale at no additional cost to you.  Thank you so much for your continued support!  You can check my Disclosure page for more information.)

I used Lion Brand “Wool Ease” Yarn and the color is “White Multi”, but you can use almost any #4 weight yarn.  Just be sure it is nice and soft so that it is soft and breathable for the cancer patient.

The design has a double thick ribbing for a really snuggly fit.  I think you will really like it!

After getting the Coupon Code from Christine at the SweetPotato3 blog, click on the button below to get to the pattern!  The button will not be active until the day that my pattern is featured, October 9th.  Then when you go there and use the code it will be free until October 31st! 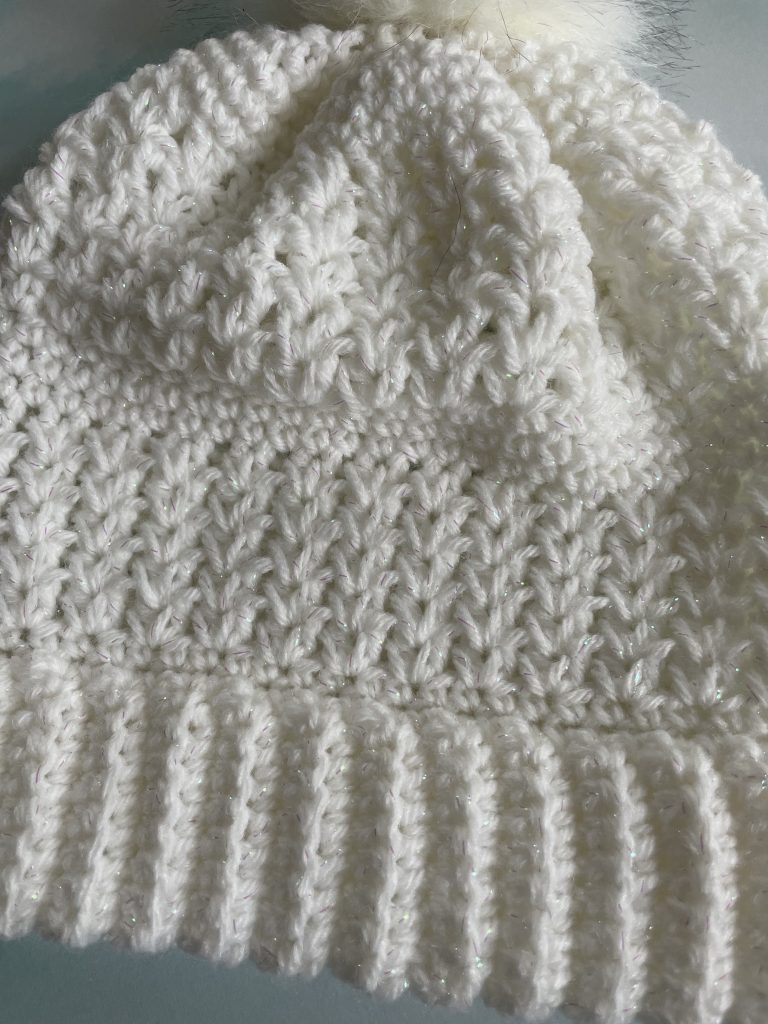 So, I hope you check out all of the patterns and make lots of them for the Challenge!!!

Thanks for your participation and suppport of this great cause!! 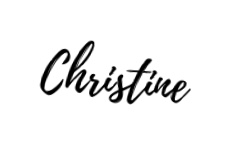 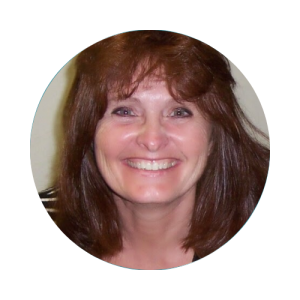 I’m Chris, the artist, maker, designer, and crocheter behind “Lakeview Cottage Kids”!  Here you will find information about crochet and knitting, patterns that I hope you can’t wait to try, stitch tutorials, information on ready-made crochet and knit items and lots more!

I hope you will find lots of information that will help you on your crochet and knit journey.  And, thanks for visiting the world of “Lakeview Cottage Kids”!

How to Add a Fleece Lining to a Hat

My Designs are on LoveCrafts!

My Designs are on AllFreeCrochet!!! 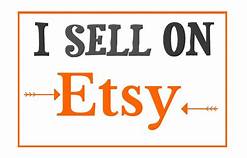